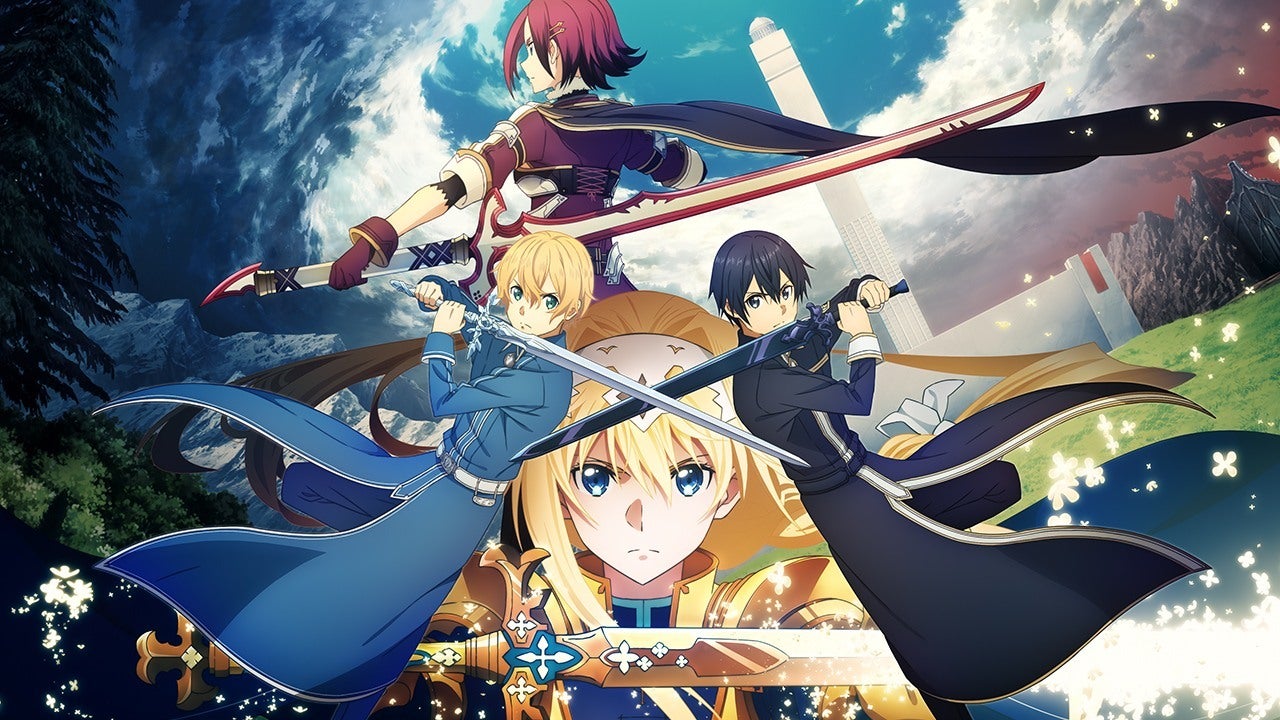 Video games based on anime usually go one of two ways: they either try to emulate the anime as closely as possible, beat for beat, or they go their own way to offer something fresh. It’s hard to have that both ways, and Sword Art Online: Alicization Lycoris’ attempt to pull it off ends badly. Not only does its long-winded visual novel-style recounting of the story become dull and interfere with the intensity of the action, which could’ve thrived if allowed to do its thing, it locks out features as fundamental as co-op and character customization for far too long.

On the one hand, there is a lot of faithful adherence to the source material: just as in the latest season of the anime, Kirito finds himself trapped in a Matrix-style virtual world known as Underworld with no way out, and many of the show’s familiar characters, such as Eugeo, are here in full force and fully playable. The premise leads to some clever fourth-wall breaking humor and lots of technical jargon with made up sci-fi terms. For the first third or so of the adventure it follows the anime storyline as a blueprint, although it unfortunately skips over many significant events and retcons several key plot points along the way that would have helped add necessary context in an attempt to make the lore more accessible. Instead, it feels incomplete. So, even though you don’t really need to have seen the anime to follow what’s going on generally, it helps a lot. But even then in some other cases, though, prior knowledge could confuse you because Alicization Lycoris diverges so dramatically.The result is a story that lacks focus and spreads itself too thin. It dives deep into things that didn’t need the extra focus, such as between-quest side character conversations that go on for more than 30 minutes, while glossing over entire arcs of the story in latter portions. There’s also no option for English voiceovers, which is a drag for me personally as someone who prefers to watch the show dubbed.

It’s kind of shocking how much time you’re forced to spend reading the story through subtitles.

It’s kind of shocking how much time you’re forced to spend reading the story through subtitles. It’s not uncommon to literally spend five minutes on a quest to kill a monster and then spend the next full hour bouncing between long load screens and 2D character illustrations talking to each other relentlessly. I’m all for character development, but dumping tedious dialogue with descriptions of events that happen off-screen isn’t interesting when they could be shown or experienced instead. These visual novel chapters interrupt the action-RPG side of Alicization Lycoris so frequently that it never settles into a rhythm in either genre.

Which is a real shame because actually playing Sword Art Online is engaging. Everything happens in real-time with beautifully flashy art and animation, so even though the fiction is set within an MMO the combat doesn’t feel like one. It’s much more like a traditional action-RPG with fast-paced combat, combos, aerial juggling, and several abilities that can chain together between party members. There’s a big focus on deflecting attacks, then staggering enemies by chaining abilities from multiple characters together. Then, during boss battles, combat completely switches to a one-versus-one dueling system complete with a new parrying system and locked-on camera.

It takes close to 10 hours for all of the tutorials to roll out on how to chain together special attacks, issue commands to AI party members on the fly, and master the various arts and techniques. Until then, the companion AI is nearly useless. They rarely act without being given orders, so experimenting early by triggering combos is very helpful. There is some real complexity here that can take a while to get the hang of, and you’re not really let loose to fully embrace the speed of combat for more than a few minutes at a time until around 15 hours into the roughly 40-hour long adventure. That ramp-up feels excessively long, and it was frustrating that I wasn’t allowed to use my skills for so long even after I felt ready.To its credit, Alicization Lycoris absolutely nails the thrill and spectacle of the anime from top to bottom though with its dazzling effects and superb music – that is, when it’s all working well – which isn’t often enough. Even with a beefy modern gaming PC that exceeds the recommended specs (Core i5-9600k, GeForce RTX 2060 Super) I had to resort to lowering graphics settings, downgrading from my usual 1440p resolution, locking the framerate at 30fps, and even disabling the Steam overlay to smooth out performance. Before making all of those sacrifices it would take upwards of five minutes at load screens, if not outright freeze and crash between zones, not to mention stuttering and generally poor optimization that was nearly maxing out my GPU.

I lost two hours of progress, which was positively blood-boiling.

It doesn’t stop at technical issues, though. At one point around halfway through there is a marathon of two straight hours of cutscenes and boss fights in which you literally go from boss fight to cutscene to boss fight, over and over, without a single save point between them. Dying at the hands of the final boss at the end of the chapter forced me to lose two hours of progress, which was positively blood-boiling.

Eventually, once you get past this point, things open up a lot. The frequency of extended uninteresting dialogue scenes is reduced, the freedom in large zones is increased, and generally the pacing evens out a bit. It simply takes far too long to reach the good part.

This is also when Alicization Lycoris branches off from the anime, telling its own story. At this point you can tell the reigns start to come off as the structure begins to loosen up. It feels a bit like the Game of Thrones’ later seasons, where the developers worked from the same source material but arrive at slightly different conclusions from the anime showrunners. That being said, I’d argue the second half of Alicization Lycoris where it becomes its own thing and separates from the anime, is the better half. But you’d be lucky to make it that far without tapping out beforehand.In fact, Alicization Lycoris’ biggest departure is that after 20 hours you suddenly have the ability to alter your character’s appearance entirely, all the way down to your gender. This new avatar can replace Kirito in gameplay (but not cutscenes, oddly) and be used when playing co-op online – which you also unlock at this point. Random players can join your game if you open up your session, or you can join someone else’s, to go out and complete quests and fight bosses as a party. As a nice touch, everybody also gets permitted one AI companion so you aren’t only leveling up your main character.

The decision to block off these two fundamental features for nearly 20 hours is baffling to me.

I have to say, the decision to block off these two fundamental features for nearly 20 hours is baffling to me. If I were buying Alicization Lycoris for co-op with a friend and found I’d need to sink that much time into it before even unlocking that mode I’d be infuriated, and only being able to customize your character at that point is simply bizarre.

The issue with this approach is that it starts to meander from the core premise that kept the plot engaging and devolves into an assortment of unrelated and/or uninspired side stories. In a way, it feels more like an extended post-game rather than an actual continuation of the main storyline.